A Big Brother and Plankton

Song of the week: My Hero, Foo Fighters

On Friday, September 29, I received an email at work from an old grade school friend... Julie--- When Mom bought us our first home in Anderson, one of the first people I met was a girl named Julie. She was everything I wasn't... she was outgoing and athletic... She came from a closely knit family with both parental units under the same roof. She had an older sister and two older brothers... not to mention their German Shephard, Princess. Her family carried a celebrity status of sorts in our community. Her grandfather was a history teacher and football coach at the high school I eventually graduated from. The high school football stadium was named after him. A number of my aunts and uncles had Mr. B as a teacher and still speak fondly of him... 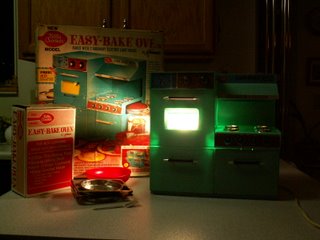 Anyway, Jul and I became fast friends... We played Pong, listened to music- she introduced me to Queen and knew all the words to Bohemian Rhapsody, and we made cakes in her basement using our Easy Bake Ovens...(I still have mine - that's the original light bulb too!) Her brother Mike would come downstairs and inevitably the three of us would end up eating most of the batter instead of baking those little mini cakes. Jul's mom would at some point make her way down to the basement and bake a real cake from the balance of batter... I remember her mom had a huge aloe vera plant on the sill that separated the kitchen from the family room. The neighborhood kids would often play a game of touch football on the street in front of their house... Then one day Julie told me her father took a promotion and before we entered the 7th grade, she and her family moved away... Julie and I stayed in touch over the years, but like most of my childhood friends, we slowly drifted apart. I think she and I have always longed for those days and silly times. Our friendship was very real and I miss it very much. A few years ago, she and her husband were in town and Michael and I took them out to dinner. It was an awkward and uncomfortable evening and I am sad to report that I was relieved when the night ended. We had nothing in common except for two very short years-1976 to 1978 when our lives consisted of summer vacations, making fun of our middle school teachers, homework, Happy Days and Battle of the Network Stars, (boys were not yet a focal point). Life went on and the awkward evening gave excuse to not stay in touch at all, except for the annual Christmas card and a birthday greeting via email. None the less, I love Julie and her family with all my heart for what they gave me - a place that was welcoming and normal and a vision of what that is... a family in tact that loved each other.

Back to the email Julie wrote me... "Mike was just diagnosed with an inoperable brain tumor. Think of him and give him some good energy."

Mike, Julie's older brother is one of those folks you meet and never forget-- Happy, friendly, strong, a natural coach and leader, and a protector of the underdog. Back to the touch football games. I have never been into sports except for those two year's that Julie's family was in my life... 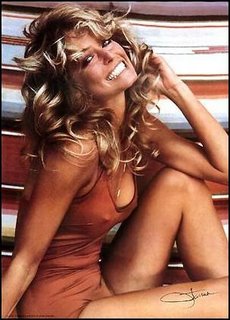 Being an athlete or at minimum a sports fan/enthusiast was a mandatory requirement in their household... it didn't matter... basketball, football, hockey, tennis or baseball... the edges of all my memories of Julie and her family are intertwined with one sporting event or another- the roar of the family after an awesome play or the strategizing and ongoing coaching from parent to child or sibling to sibling that always seemed to take place. Anyway, the first time I was coerced into playing touch football, the ball was passed to me... I had no idea what to do... no idea... one of the kids yelled run... so I ran..... the wrong way. I was mortified when I realized what I had done. But Mike through huge belly laughs told me that it was no big deal-- he looked me in the eyes and told me it didn't matter, we were just having fun. Had it not been for Mike I probably would have sneaked away and hid for the next 5 years... He towered over me then... Funny the things you remember. Mike never shied away from hanging out with us younger kids... and it was back then when I realized I had always longed for an older brother. He was always looking out for his kid sister, Julie. He was always ready with a joke and advice. I remember there was a poster of Farrah Fawcett up on the wall in the room he and his brother Doug shared...

Mike was diagnosed with a brain tumor called Glioblastoma Multiforme(gbm) on Friday Sept. 29, 2006. It is a stage four tumor and it is inoperable because of it's size and location. It is in the middle of his head and is branching off into both hemispheres of his brain. In the next couple of days Mike will start radiation and chemotherapy. He will have his radiation here in Alex and his chemo will be in the form of a pill called Temodar. The hope is that these treatments will slow down this aggressive cancer. We are thankful for all the thoughts and prayers we have been receiving. Mike has been overwhelmed by all the love being sent his way, that is the best treatment of all. Some of the physical effects the tumor has had on Mike.....He has lost strength in his upper body and his legs are weak. He has some short term memory loss and processes things slowly. His mind is sharp but he can't get the words out as quickly as he would like, just be patient, he'll get them out eventually.. Mike has periodic painful headaches, but they have gotten a little better since the Doctor put him on a steroid. Mike's stuborn spirit is still intact and he is ready for the challenge. Mike's social spirit is still very much in tact and he welcomes calls and visits, just give us a call and come on out.

Thirty years have passed since I have seen Mike.

He is happily married and has two beautiful girls. He is a beacon of light in his Minnesotan community- He is a husband, father, leader and coach. Keep Mike and his family in your prayers. He is one of the good guys... The family has a website and all the comments left by family and friends are overwhelming, inspirational and encouraging, even funny- and because no one can pronounce the type of cancer Mike has, they have named the tumor Plankton, arch enemy of Eugene H. Krabs from the cartoon Spongebob Squarepants.

I, like so many others are praying for a miracle. I ask you to add Mike, his wife Liz, and his 2 daughters to your prayer list and ask for a miracle.

Blogs and Links to Check Out This Week:

I have mentioned Genuine and how much I enjoy his blog. His voice is that of a loving husband and father. I tuned in earlier this week and found myself riveted by what appears to be an intense look at his dark side... biographical or fiction? I'm not sure... it appears to be his story-- some of the comments made appear to be of those that know him in his real life... His blog is currently a very personal journal of confusion, anger, fear, frustration, and addiction. It is told in his voice as it happens- typos and foul language are used... something I have never ever seen on his site.

"Let us go ahead and take you to the hospital so we can have you checked out." was the officer's plan to get me out of the house. I asked, "Who called you guys?" I asked wondering what I had done in my sleep that could have had the entire Firestone police force parked in from of my house with light blaring and radios squawking, all the while each neighbor ready to pop popcorn to watch the show. "It was your wife sir." This was the first time my wife had been involved the entire day so it seemed odd that she would have called the police. Normally, we have a good open discussion whenever we have a problem. I guess from here forward we need to have the other spouse jailed or hospitalized, that way we can better communicate."

Start at the beginning... then read the rest of the entries...

I've said it here before... I love heroes... but heroes are also mortal... they all have some sort of kryptonite they must overcome...and overcome they must...

Have a great week everyone!

I will keep your friend in my prayers.

Thank you for the snapshot into your past.

Cathy
I am an independent, patriotic, conservative with a passion for fine art. I'm devoted to my husband and all the things we find important- our time together, our family, our country. I'm forever a pessimist, but doing my best to change that.